Last time I wrote, I promised you farm updates and dog pics. I’m happy to tell you that I’m (finally) here to deliver.

This felt like the perfect weekend for a comeback, too. A year ago, David and I put in an offer on the farmhouse. It was my Spring Break, and we figured we should use the free time to start looking at some houses. We didn’t think much would come of it. Little did we know.

Most of you are familiar with the initial saga of this house. I said no, David said yes, and then I had a change of heart to the tune of The Greatest Showman soundtrack. We panicked over Easter, worrying that another offer was going to one-up us, and that the holiday would mean we lost out. My parents were in Kansas visiting my grandmother, and when they returned to Maryland, we greeted them with, “Guess what!?”

We were reminiscing about all of it yesterday, and my mom asked, “So, knowing what you know now, would you do it all again?”

The other day, I told David that I missed our summertime 7 AM trips to Home Depot. He laughed out loud at my absurdity. I do have the tendency to romanticize things, but those are such sweet memories – working on this house together, with our family. To all of those people who told me, when I was sweaty and grumpy and tired, that I would look back on that time with fondness…well, darn if you weren’t right. (I find that annoying.)

But here we are at the end of March, a year since it really all began. After pretty much hibernating for the winter, we (mostly David) are gearing up for some new projects.

There are little things, like our new “security system.” That means we added deadbolts to all of our doors.

Then, there are bigger things, like this massive tree. 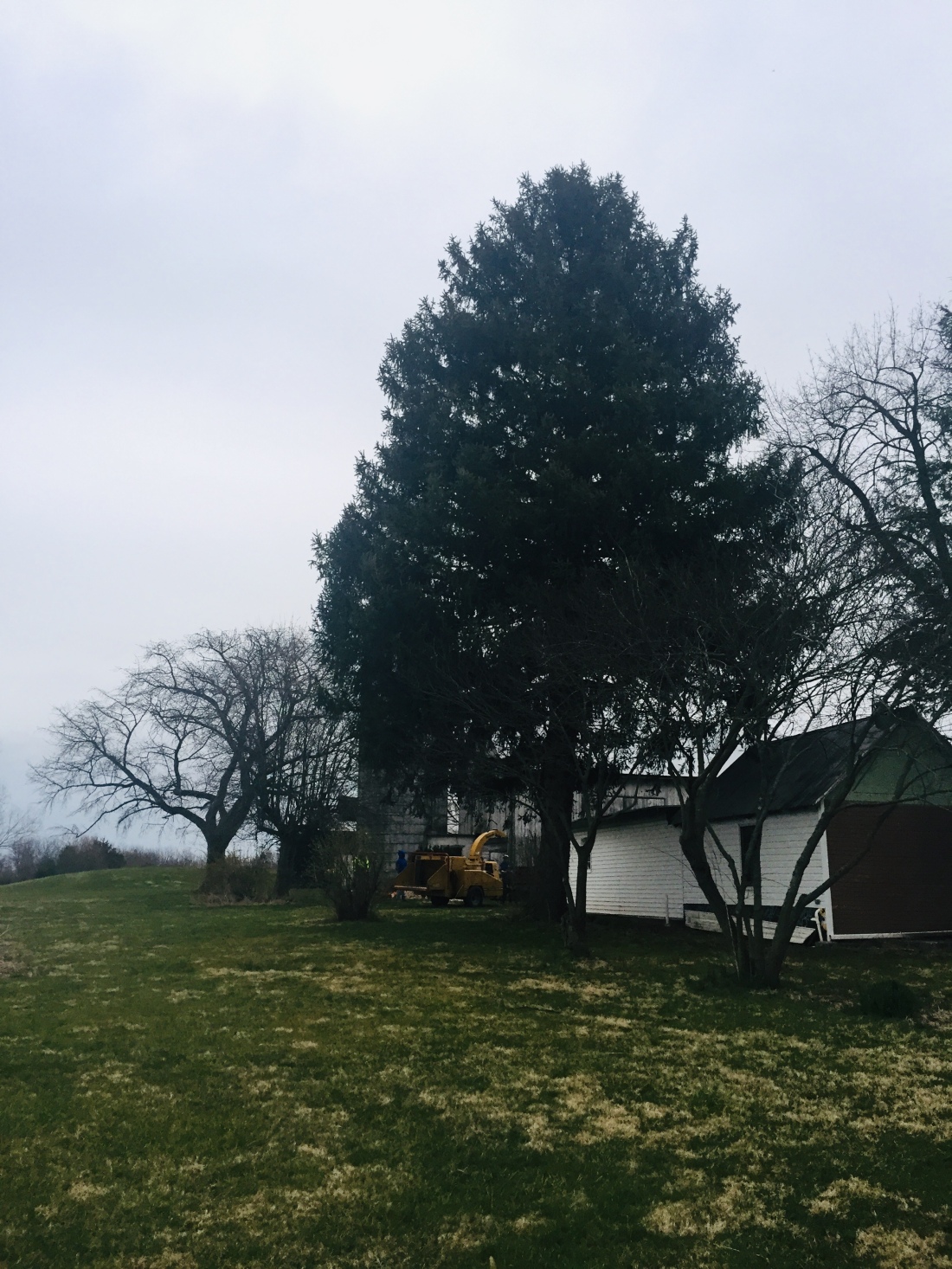 Notice how it leans uncomfortably toward our our house. 😬 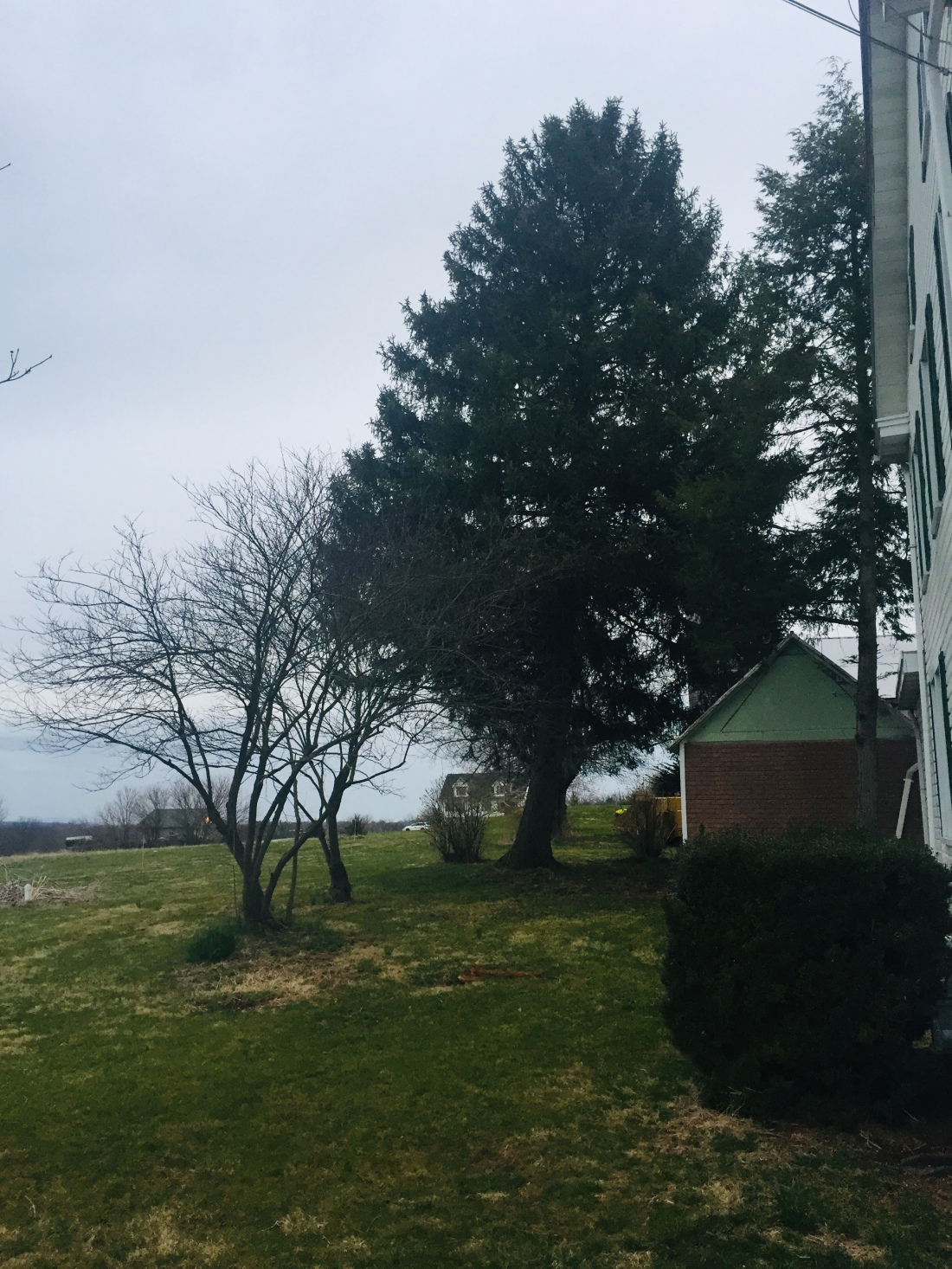 We’ve never been a fan of the admittedly impressive Norway Spruce, as it crowded other trees on the property. And after the constant precipitation and high winds, we became increasingly worried that it was going to come down on the apartment/barn/house. Based on recommendations from one of our neighbors, we contacted Amigos Tree Service. They came out today, and voila!

It made me sad to see a tree go down, but also relieved to know it wasn’t going to crush our house. That night a while back with the 60 mile an hour wind gusts was a sleepless one.  And working with Amigos Tree Service was a breeze! They were knowledgeable and super efficient. They took down the spruce and a hemlock that was wedged against the house, trimmed our maples, and then cleaned up, all within three hours. 👍

Now that Spring is in the process of springing, our to-do list is growing. I really am itching to get back at it! Here is some of what’s on the horizon:

I could list forever; David has ideas for days. I think you can expect more frequent posts throughout the spring and summer as we #getstuffdone.

As far as dog pics go, I realized that I never officially introduced the newest pup here on the blog. This is Doc. 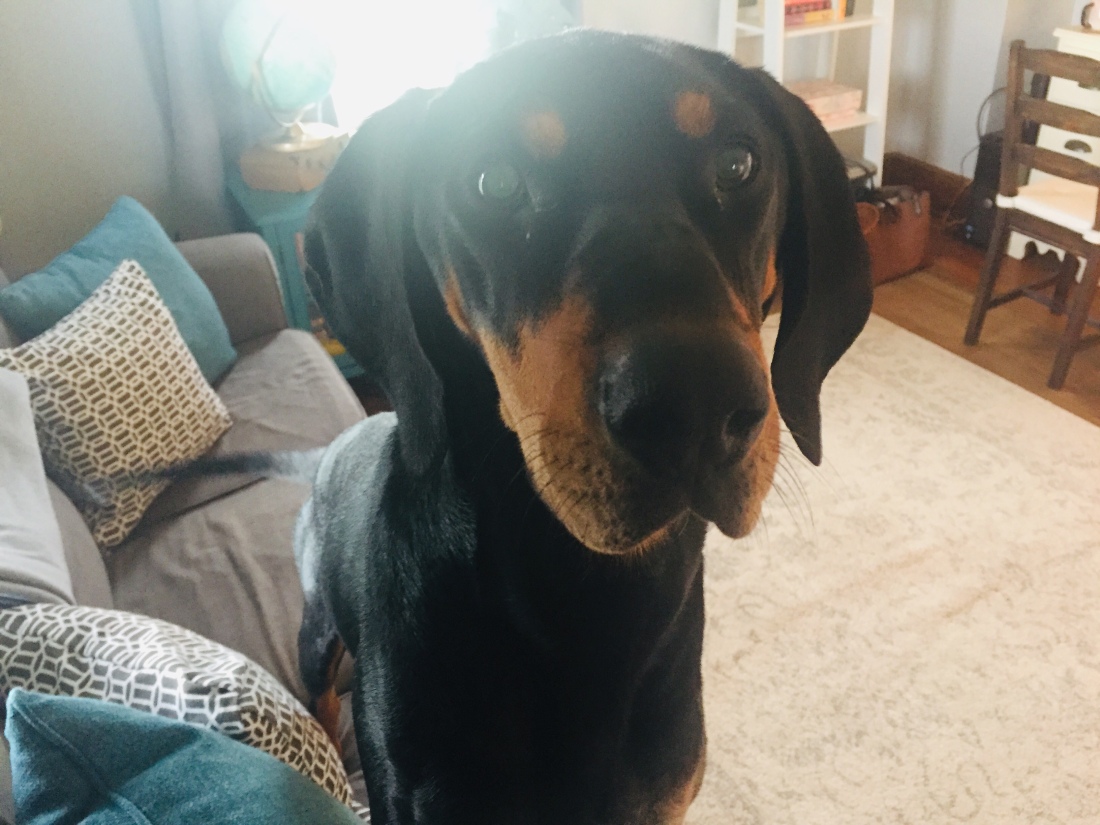 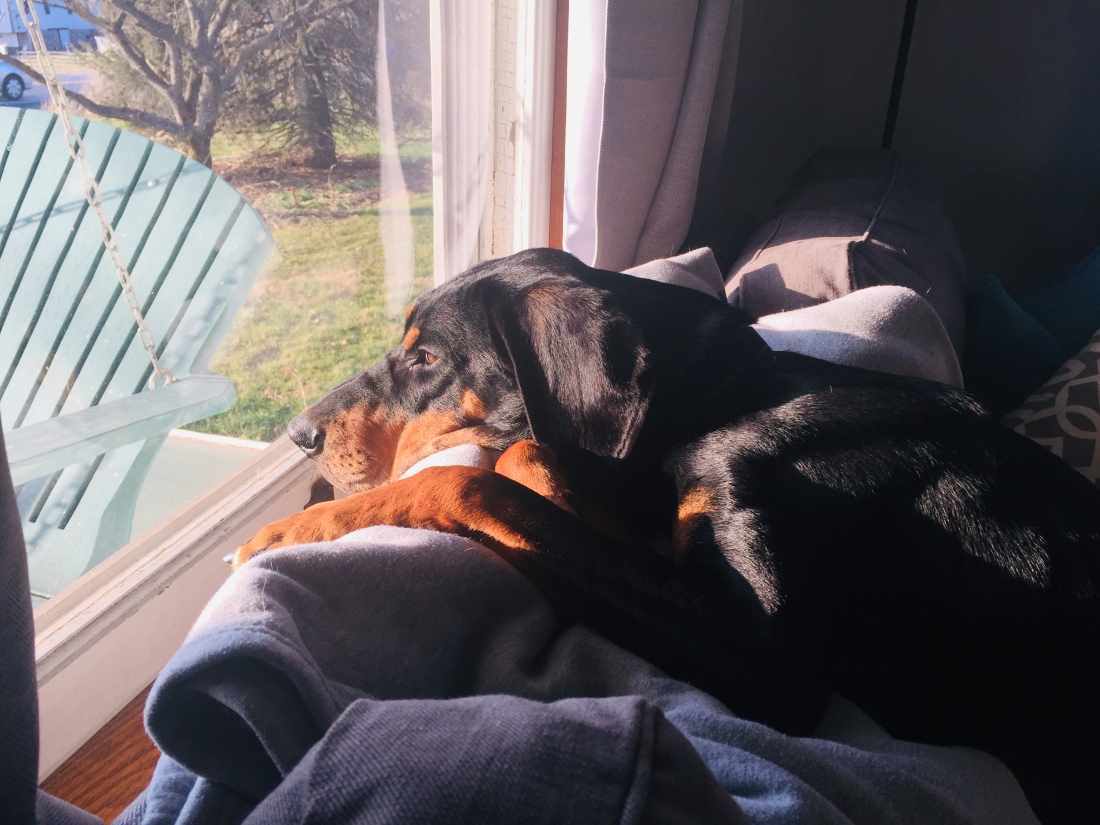 He’s a Black and Tan Coonhound/Beagle mix, and his favorite past times include being in your personal space, staring out the window, and annoying Wyatt. Like Wyatt, he was a stray, but presumably for much longer. Our guess is that he’s just barely two, but that he also never had a human or an older dog to guide him. We’re training out some behaviors, but a truly sweet pup is emerging day by day. So we have Wyatt Earp and Doc Holliday, and we’re still Team Coonhound. They’re the best! 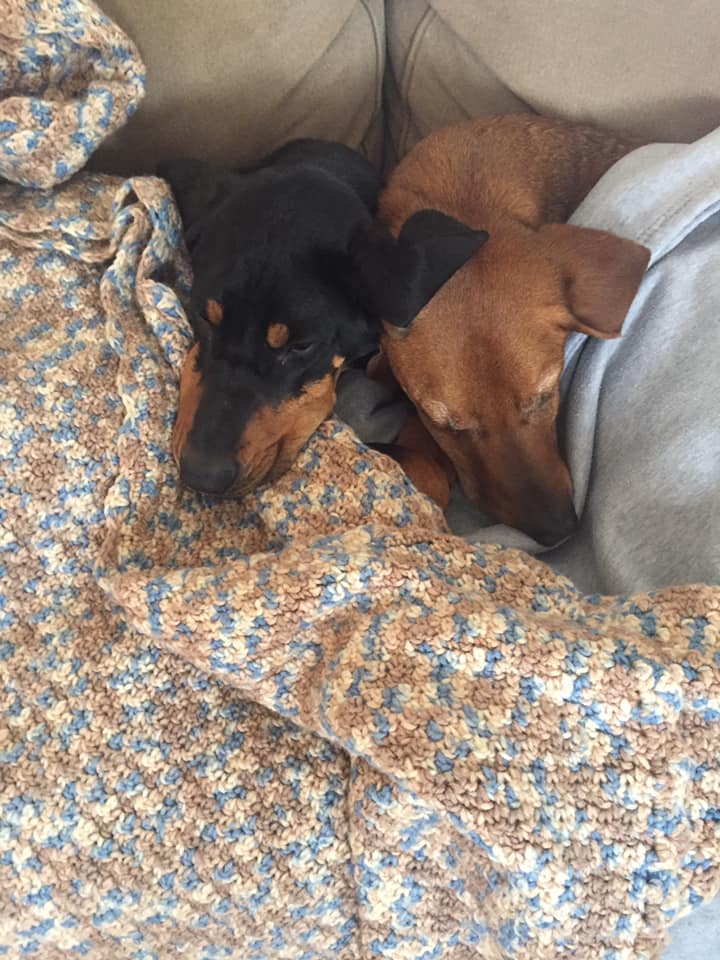